TUK-TUK ON FREE FIRE ARE THERE NO FANS? THIS IS THE REASON! 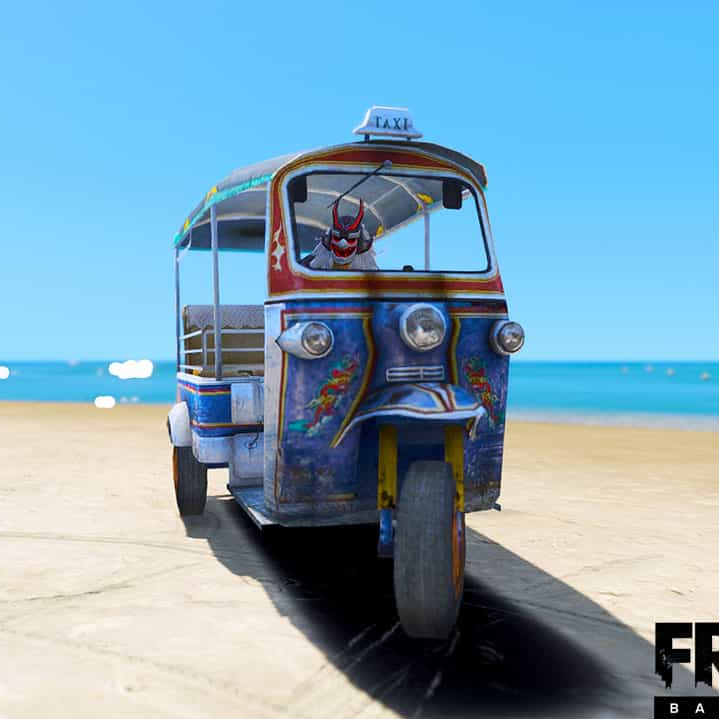 Garena presents various features in the Free Fire game. One of them is a vehicle or vehicles. Vehicles are very useful to help players rotate. In fact, the vehicle is also a powerful killing tool when combined with Misha's skills.

There are lots of vehicles in the Free Fire game that you can choose from. One of them is Tuk-tuk. This vehicle is quite interesting because it is adapted directly from public transportation that is often found in Bangkok, Thailand.
Even though it is unique, the fact is that this vehicle is not very reliable by Free Fire players. So what's the reason? Here's more information:


Tuk-tuk has a very small HP which is only 300 points. This makes the Tuk-tuk easily damaged either when it hits an obstacle or when it is shot by an enemy. This makes Tuk-tuk a vehicle that is less reliable by Free Fire players.


Vehicles have a main function in helping players rotate from one place to another. But unfortunately, Tuk-tuk has such a low speed that it is even the lowest in the Free Fire game. Tuk-tuk only has a maximum speed of 90Mph which in fact will make it difficult for players to avoid enemy fire.

There are still many better vehicles


Tuk-tuks are not the only vehicles in the Free Fire game. Garena releases a variety of vehicles that can be used in games ranging from Sports Cars to Motor Bikes. Both have even more speed and endurance than Tuk-tuks.

So that's the reason why Tuk-tuk is rarely used by Free Fire players. We hope this article is useful!