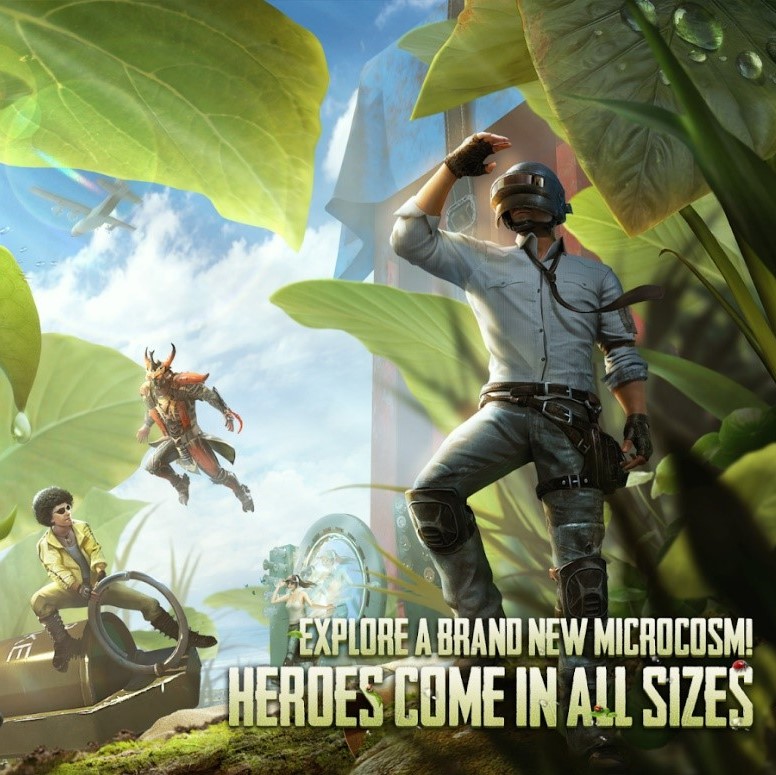 PUBG MOBILE has officially unveiled details of the new Traverse-Insectoid mode. This gameplay mode adds a new experience to the Battle Royale game and is available to play starting today. Armed with infinite homing missiles, Insectoid players will battle each other in fast-paced, explosive, microscopic combat while also dodging the dangerous pans of normal-sized players.

Traverse-Insectoid mode allows players to use shrink technology to transform into insect size. By choosing the new Erangel themed mode, players will find 5 strange laboratories to explore. Each will contain a mysterious Quantum Transformation Device.

Players who interact with the device will turn into mini-players the size of insects. In this state, the player cannot use any equipment from his backpack, but will be armed with a homing missile launcher with unlimited ammo.
Players can also fly in the area around the laboratory, but be careful, players who are too far from the laboratory will change back to their normal size. Insectoid players cannot be harmed with ordinary weapons, but they can be dropped from the air with pan attacks.

Light Points can only be obtained in Insectoid form, Normal sized players can use the Energy Store to exchange their Light Points for Combat Supply. It's worth remembering that the ultimate goal of Traverse-Insectoid mode is still the same as regular battles so make sure you're the last player standing!