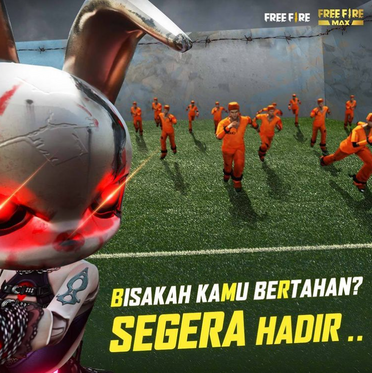 Squid Game, a drama series from Netflix is ??becoming a phenomenon right now. Netizens from various parts of the world were amazed by the South Korean drama series.

In the Squid Game series, it tells where there is a group of people who risk their lives to participate in a game. For those who successfully pass the challenge, are entitled to a very large cash prize.

This information was delivered directly by the official Free Fire Instagram account @freefirebgid. The post describes where the Free Fire game will have one of the Squid Game modes, namely Red Light, Green Light.

"A new mode will be coming soon to Free Fire, this mode is hitzzz! In this mode you have to be able to survive until the end! Curious what the mode is? Wait for it to come later on Free Fire!," wrote the account @freefirebgid.

The mode adapted from the Squid Game is scheduled to be released on October 17, 2021. For how to play it is very easy. The players will be faced with a stuffed rabbit that will sing. When the doll stops singing and looks at the player, the player is not allowed to move at all.

For those of you who have watched the Squid Game, you must be familiar with this mode, right? With this mode, of course playing the Free Fire game becomes more exciting and fun!