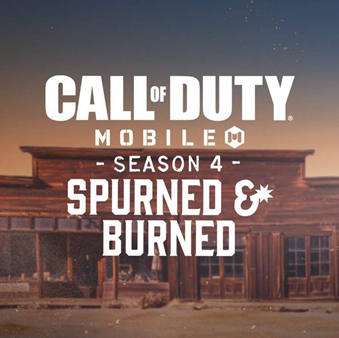 Call of Duty Mobile, this game from Garena, officially presents Battle Pass Season 4. In this season, of course, there are a variety of new content that you must try, starting from new features, weapons, and characters like Alex and Morte.

This season, titled Spurned and Burned, presents a new battle atmosphere with western and wild style styles. Gamers can enjoy various new experiences playing this game such as a new multiplayer mode called Capture the Gold and also a new map called Dome.

Not only that, Season 4 also features several new weapons that you can use, such as the MK2 and Hoger and a grenade called the Heartbeat Sensor. In addition, in this update, Call of Duty Mobile also features a new scorestreak called Hawk X3.

For Premium Battle Pass owners, there are also epic characters from the famous iconic Alex, Morte, Scylla and Scarlett Rhodes. Several new weapons were also added such as the Epic MK2, M4, AGR 556, Razorback and RUS-79U. The MK2 weapon itself can be claimed for free for Call of Duty Mobile players.

Season 4 also brings a new feature called Clan War. As the name implies, now each clan can fight each other to occupy their territory. This feature will certainly prove which clan is the strongest in the Call of Duty Mobile game.

Interesting isn't it the latest update of this Call of Duty game? Come on, log in now and enjoy a variety of new content!